What was the purpose of this trial? 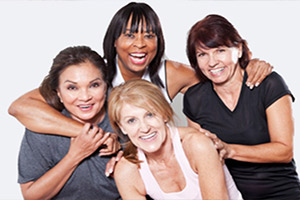 To find out the best way to prevent late breast cancer returning, we were testing three types of medicines. These were metformin, zoledronic acid and a group of medicines called aromatase inhibitors (anastrozole, letrozole or exemestane).The IBIS 3 Feasibility Study was investigating the prevention of late breast cancer recurrence. We closed to recruitment on 26th September 2017.

The medicines were given separately or in combination with each other resulting in eight different treatment groups, including a ‘no continued treatment’ group.

This was a ‘feasibility study’, which means we wanted to determine the possibility of recruiting participants to a larger IBIS 3 study. In particular we wanted to find out:

Women who are taking part will be expected to attend six monthly clinic visits with a specialist breast care team during the 2 year treatment period. All participants will receive appropriate screening and health checks, and any concerns can be discussed.

Was I eligible to join this study?

Been Under 75 years old.
Been post-menopausal.

Where was the research taking place?

The study was being carried out at 13 UK hospitals:

Who was funding and organising this study?

Queen Mary University of London was organising this research and was also the sponsor. Cancer Research UK (CRUK) and the Australia and New Zealand Breast Cancer Trials Group (ANZBCTG) are funding this study.