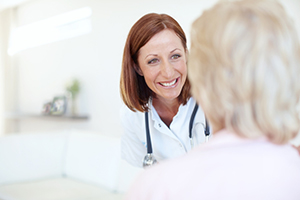 DCIS stands for Ductal Carcinoma in Situ and is an early form of breast cancer whereby the cells inside the milk ducts of the breast (the channels that carry milk to the nipple) have started to turn into cancer cells. Since these cells are contained within the ducts, it is unlikely that the cells have spread to the lymph nodes or elsewhere in the body.

Some doctors describe DCIS as a pre-cancerous condition because it often develops into an invasive cancer if it is not treated. Women who have had DCIS are at an increased risk of more advanced forms of breast cancer in the future.

IBIS-II DCIS is investigating whether a drug called anastrozole is more effective than tamoxifen, at preventing new cancers, both in the breast affected by DCIS and in the opposite (contralateral) breast.

Who are IBIS-II DCIS participants?

2980 women from 238 centres in 17 countries have enrolled to take part. Participants are on treatment for 5 years, after which time their health is followed up for a number of years. In order to join the trial participants had to:

Women were not entered into the study if they:

Women were encouraged to discuss all options with their doctor before making a decision to take part in IBIS-II DCIS.