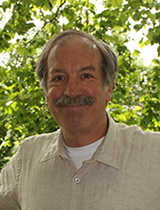 Over the past three decades he has become a leading epidemiologist working on screening and prevention of cancer. He is internationally recognised for having played a major role in developing the field of chemoprevention of breast cancer. In 1985 he made the seminal observation that, in addition to reducing the recurrence rate of breast cancer in women being treated for breast cancer, tamoxifen can also prevent the occurrence of new contralateral tumours . This use of new contralateral tumours has since become accepted as an ideal model for breast cancer prevention, and the original observations have now been confirmed in many studies.

More recently he has been a leader in the introduction of aromatase inhibitors, both for the treatment of breast cancer (ATAC trial), where they represent a major advantage over tamoxifen, and as a better agent for chemoprevention.He is currently leading the IBIS-II study – a large international breast cancer prevention trial, investigating the aromatase inhibitor anastrozole. Professor Cuzick has also made valuable contributions to assessing the risk of developing breast cancer. His risk model is now available as a widely used computer program, eg. in genetics clinics.

Professor Cuzick has also made key contributions to cancer screening, notably in cervix cancer. His widely disseminated position paper on the requirements for an effective screening program in 1986 led to major reorganisation of the UK programme, and resulted in dramatic falls in mortality, which he and his colleagues have closely monitored. He has also been the world leader in advocating HPV testing for primary screening.